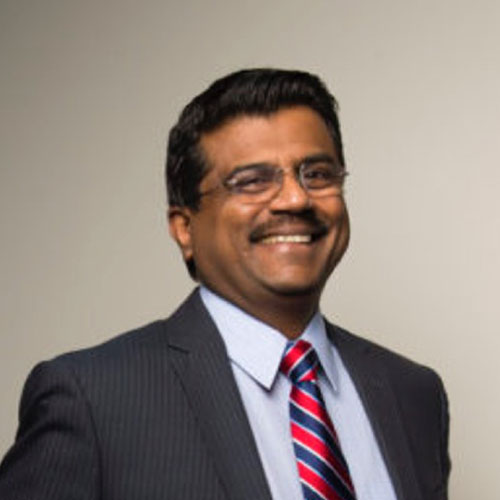 Sundar Kumarasamy joined Northeastern University as the vice president of enrollment management in June 2015. He is responsible for undergraduate and graduate enrollment, admissions/recruitment marketing, student financial services, international student services and enrollment research, while also playing a role in student retention efforts. Prior to Northeastern, Sundar served as vice president for enrollment management and marketing at the University of Dayton between 2007 and 2015.  During that time, he led a transformation of the University’s enrollment and marketing efforts through strategic research and a rebranding campaign that positioned the University ahead of the curve of emerging demographic issues.

The Chronicle of Higher Education profiled Sundar in January 2012, describing him as "one of the most daring innovators in admissions." A nationally recognized leader in higher education, he regularly makes presentations to the College Board and to conferences and seminars on data-driven enrollment management and marketing methods. He has been quoted frequently in the news media, including U.S.News & World Report, Forbes, Inside Higher Ed, BusinessWeek, The Washington Post, and Chicago Tribune. Sundar holds a MS in Instructional Technology from Philadelphia University and an Advanced Executive Certificate in Management, Innovation & Technology from MIT Sloan School of Management.